Skip to Main Content
It looks like you're using Internet Explorer 11 or older. This website works best with modern browsers such as the latest versions of Chrome, Firefox, Safari, and Edge. If you continue with this browser, you may see unexpected results.

This research guide contains resources for those studying or conducting research in environmental engineering.

Patent of the Month

Methods and devices for automated adjustment of a digging implement during harvest of underground crops are described.. 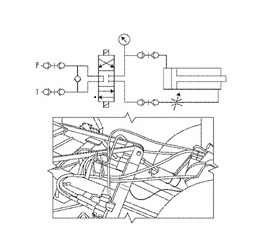 What is a Patent

To be eligible for a patent, an invention must be:

USEFUL - must have a purpose, and it must operate to perform the intended purpose

Utility patents (non-Provisional) may be granted to anyone who invents or discovers any new and useful process, machine, article of manufacture, or compositions of matter, or any new useful improvement thereof. In general, the term of the patent is 20 years from the filing date.

Plant patents may be granted to anyone who has invented or discovered and asexually reproduced any distinct and new variety of plant, including cultivated sports, mutants, hybrids, and newly found seedlings, other than a tuber-propagated plant or a plant found in an uncultivated state. Term of the patent is 20 years from the filing date.